Viktoria Saxby has worked with gender equality and masculinities for 25 years. She has a BA in International Development Studies, Summa Cum Laude from the University of California Los Angeles. Viktoria is a level 1 gender expert to Sida in the category Social norms change, including through working with men and boys. She has a background as Political Advisor in gender equality. Viktoria has undertaken gender expert missions, research and trainings on Women´s Political Participation, Gender, peace & security, Gender Based Violence, SRHR, and gender in media. She has created global social advocacy campaigns on engaging men and boys for gender equality, including the Men-Care.org campaign, currently in 50+ countries.

She has undertaken gender expert missions in Europe, Balkan, US, MENA, and Africa regions and provided trainings and support to app 50+ countries, including starting up Gender Coach Programs, gender-responsive leadership, for the Armed Forces, Policing, Peacekeeping, Security Sector Reform and Politics. She has 5 yrs experience in research from UCLA/US National Institute for Health. She is the Author of the Book: “The New Man: on Boys, Men & the End of the Battle of the Sexes” (2019). 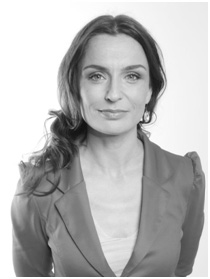