Key qualifications
Lesley Abdela has over 25 years’ experience working On mainstreaming gender, women’s human rights, and women’s political and economic empowerment. Her previous experience as advocacy campaign leader, journalist, parliamentary candidate and  parliamentary researcher on energy and environment, enrich her assignments on women’s political and economic empowerment,  gender and media and gender and climate change. In her six-month assignment as Senior Gender Advisor to the UN agencies in  Nepal much of her work was on gender and natural disasters. She has ‘boots on the ground’ experience in post conflict situations  working on Women, Peace and Security and was a Gender trainer for the Swedish Armed Forces International Centre (SWEDINT).  She is currently an Expert Consultant on the Sida Gender Advisory Help Desk Team and member of the European Bank for  Reconstruction and Development (EBRD) Gender Advisory Services Expert Panel. She was formerly a Gender Expert on team for the EU Gender Facility Neighbourhood South (Mediterranean and North Africa.) She won the 1996 Woman of Europe Award’ for work as CEO of NGO Project Parity, an EU Funded project and as Consultant on Women for Project Liberty, Kennedy School of Government,  Harvard University USA. Both projects were training and developing women leaders in the transition to democracy in Central and  Eastern European countries. Her articles on gender and women’s rights Have been published in: The Guardian, The Independent,  The Times, The Economist, the Royal Institute of Foreign Affairs (Chatham House) journal ‘The World Today’, The Washington Post,  and www.opendemocracy.net.

Sector experience
She has wide experience in capacity building and training on Gender and equal opportunities in the public and private sector. She  has written ‘How to’ tools and guides. She is author of guides for employers on Gender and Equal Opportunities published by the  Metropolitan Recruitment Authorities Association: “;Do It! – Walk the Talk” and “Breaking through the Glass Ceilings”. She has been  lead researcher on several multimedia projects On women in the workplace including the Unilever-funded video ‘The Glass Ceiling  Breakers’ about equal opportunities in the workplace In EU Member States. The video was translated into nine languages and  distributed across the EU. Lead researcher for a 5-part BBC TV business series ‘Breaking Glass’. The programme showed case  examples of good practices on promoting women’s economic empowerment and equal opportunities for women in the work-place. She also wrote the main chapter of the BBC publication ‘Breaking Glass’ accompanying the series. 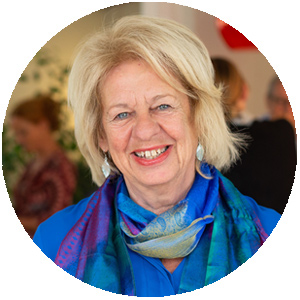