Profession
Economist and expert of development cooperation in agriculture and rural development, water supply and sanitation, conservation of the environment and institutional development.

Education
M.B.A. with major in marketing economics from the Gothenburg School of Economics (1966); B.A. in modern languages (English, Russian, also statistics) from University of Gothenburg (1967), another B.A. in roman languages (French and Portuguese) from Stockholm University (2018).

Sector experience
Johan Holmberg has extensive experience from development cooperation And from leading missions for purposes of project identification, Supervision and evaluation. He worked for Sida and SAREC, two Swedish aid agencies, For 17 years, and an important part of this work was to head missions with in-house staff and external consultants. He has been responsible for Sida’s work in agriculture, rural development, water resources management, and conservation of the environment, and he is well familiar with all forms of development cooperation. He has lived for extended periods in four African countries for a total of 14 years. On leave of absence from his regular employer he has also done research on issues relating to the environment and to development as well as consulting work for the World Bank, IUCN, the EC and other agencies. He was one of the founders of the Global Water Partnership (GWP) and served as its first Executive Secretary Concurrently with being Assistant Director General at Sida. He has been a member of The Council (board) of IUCN and of the board of the CGIAR institute CIMMYT (research on wheat and maize). Having served as Swedish ambassador to Ethiopia and Chargé d’Affaires in Mozambique, he also has a keen understanding of African politics. Since resigning from the Swedish government in 2003, Johan Holmberg has worked on consulting assignments relating to conservation of the environment, water resources management, and water supply and sanitation. He has also been associated part time with the EC for the EU Water Initiative. During June 2014 – November 2017 he carried out seven missions to Mali to evaluate or review projects related to rural development, protection of the environment, and institutional collaboration in statistics. 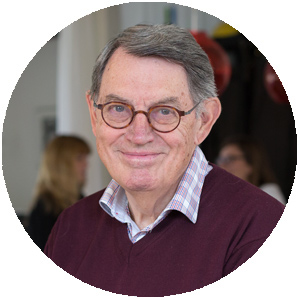