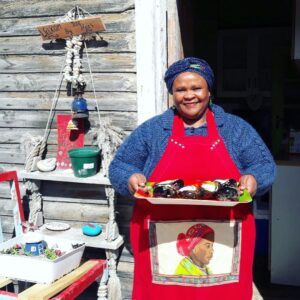 NCG-Sweden was commissioned by the Sida to carry out gender spot-checks on three of its SPOs (Strategic Partner Organisations): Save the Children, Swedish Mission Council (SMC), and the Swedish Society for Nature Conservation (SSNC). The overall aim of the spot-checks is to assess how the organisations are working with gender mainstreaming. First, a desk study was carried out to identify and assess the use of organisations’ internal gender management system, policies, practices, resources, routines, tools and methods for gender mainstreaming, how their practical work trickle down to their partners around the world and how then the partners’ gender mainstreaming efforts trickle down to duty bearers or community-based organisations. 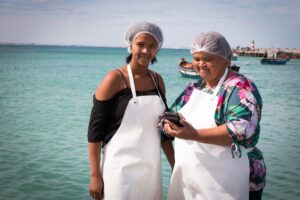 One of such examples is one of SSNC’s partners Abalobi – whose name means “fisher” in the isiXhosa language – co-designed a suite of mobile applications in collaboration with small-scale fishers that enables fishermen and fisherwomen to record their catch logs, utilize in-app analytics to plan their operations and access markets.  One app within the suite, Abalobi Marketplace, functions as a digital marketplace whereby fish is sold directly from the fisher to restaurant or home buyers, without middle persons. The concept,  “From hook to cook”, is rooted in promoting traceable and transparent seafood, whereby the app generates a QR code containing information about the fisher who caught the fish, but also men and women involved in pre- and post- harvest processes. In restaurants, chefs can print the QR code and add it to the menu, so that customers can know every step of the process of getting the fish they are eating for dinner, from hook to cook. The customer learns about the persons involved in the process and can even communicate with them.