Our new Projects and Frameworks Manager, Aida Burnett-Cargill, is a communication expert with more than 15 years of experience working within international development cooperation and humanitarian aid. She recently came back from the Middle East where she was the Regional Communication Advisor for Action Against Hunger, covering eight countries in the region. In fact, most of Aida’s professional career has in one way or the other been connected to the Middle East as she spent a number of years in Palestine, working for international organisations such as Diakonia, but also Palestinian human rights organisations such as Al Mezan Center for Human Rights. The latter also gave her the opportunity to live and work in the Gaza Strip for more than a year. Aida has also worked as a journalist in the Balkans, first as a correspondent from Kosovo, and later as chief editor of international news for a television station in Sarajevo.

In her role as Projects and Frameworks Manager, Aida is in charge of rolling out tendering processes, responding to requests for services coming from framework customers and ensuring smooth running of framework agreements. NCG Sweden holds 14 framework agreements: six with the Swedish Development Cooperation Agency (Sida), two with the European Bank for Reconstruction and Development (EBRD), one with the European Investment Bank (EIB), two with the Norwegian Agency for Development Cooperation (Norad), and three with Swedish authorities.

Aida is originally from Bosnia and Herzegovina and studied English Language and Literature at the University of Sarajevo. She currently lives and works in Sweden. 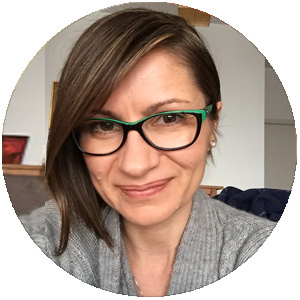