​Lesley Abdela, NCG Sweden’s associated consultant and gender expert,  has been selected by unanimous vote to receive the Zonta Centenary Award presented to a woman who has uniquely distinguished herself in working to improve the lives of women.  Zonta UK-based International is a non-governmental organisation with general consultative status with the Economic and Social Council of the United Nations (ECOSOC).

Lesley Abdela is a regularly working with NCG as a gender expert. She has fought tirelessly for women’s representation in the UK and other national Parliaments on four continents, and for women’s representation at top tables in all Peace negotiations after deadly conflict, including her direct boots-on-the-ground work in Iraq, Afghanistan, Kosova, Nepal, Sierra Leone and Aceh/Indonesia.  She has trained many hundreds of women in Central and Eastern European countries to participate in the democratic politics after the disintegration of the former Soviet Union. She also facilitated the ‘Beijing Express Declaration’ on peace building with 2000 women from countries in conflict aboard the mile-long United Nations Warsaw to Beijing for the 4th UN World Conference on Women and successfully supported advocacy for women in post-deadly-conflict countries in Africa, Asia and Europe to be included as part of post-conflict resolution and democracy-building. 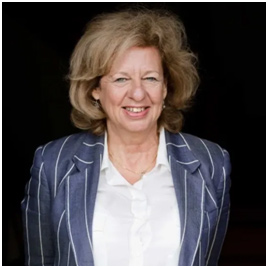